Who We Are & Our History

Established in 1959 by Abram K. Penner and his two sons, Penn-Co began as a small farm based logging operation near the village of Blumenort, Manitoba, approximately thirty miles southeast of Winnipeg, Manitoba, Canada. In the 1980’s and 90’s, Ernie Penner expanded Penn-Co to new locations throughout Canada and the United States including Calgary, Toronto, Minneapolis and Raleigh. Although the head office has always been located in Blumenort, Penn-Co has successfully completed projects from Ontario to British Columbia as well as in Minnesota, Nebraska and North Carolina. We look forward to putting this experience to work for you.

At Penn-Co Construction, it is our mission to provide customers with a superior product in a dependable manner and at a fair price. For over 55 years, this has been our goal with every project we undertake. Our commitment to customer satisfaction is responsible for a growing list of satisfied clients and has allowed us to continue
"Building Confidence Through Performance".

We believe in dealing openly with our customers, staff, sub-contractors and suppliers. A worthwhile business transaction must be fair to all those involved.

Penn-Co Construction recognizes the dedication and loyalty of their employees. We provide meaningful work and support for professional training to develop skills. We believe working as a team will result in success.

At Penn-Co, we believe in equality of human worth, regardless of race, religion or social status. Every individual on staff is entitled to not only be heard, but to be given equal opportunities for self advancement.

We know that trust is earned by building confidence through performance, which means delivering quality work on time and at fair market prices.

Our growth, industry leadership, and future prospects are linked to a blend of capable and dependable people. We are successful because we care for our employees at every level. As a result, we have developed a dedicated team of loyal, enthusiastic and reliable employees. Our management teams combine the leadership and experience of seasoned veterans with the enthusiasm of talented young professionals. This translates into construction excellence for the benefit of our many clients. Our people are known for their knowledgeable and friendly approach. Their skills and efficiency set high standards in the construction industry and remain the key to every projects' success. Dan started his career with Penn-Co Construction in 1990 as a Superintendent. He then advanced in 1999 and progressed to a project manager. The years that Dan has spent managing construction projects, prepared him for the Vice President position in 2005. Dan’s successful construction projects, start off with a solid foundation and ends with a clear focus on the details. As of 2010, Dan has led Penn-Co Construction as President. Dan’s practical and innovative approach to problem solving and his belief that the world is big enough for all of us to succeed, has made Penn-Co and its team of highly motivated construction managers, leaders in the construction industry. Dave joined Penn-Co Construction in 1999 and has extensive experience in the financial management and reporting requirements of a large corporation. Dave obtained a Bachelor of Commerce (Honours) degree in 1987 and the Chartered Accountant designation in 1990. He is responsible for all aspects of finance, accounting and administration including financial reporting, information systems, cash flow management, bonding and insurance, banking relationships, corporate finance and office administration.

After starting his construction career as a carpenter in 1981, Jim became a Journeyman ironworker in 1985. Jim joined Penn-Co Construction in 1997 as an estimator and project manager after graduating from the Structural Engineering Technology Program at Red River College. Jim achieved his Certified Engineering Technologist designation from Certified Technicians & Technologists Associations of Manitoba in 1999 and also his Gold Seal Certification in Estimating from Canadian Construction Association in 2006. In 2010, Jim became Chief Estimator for Penn-Co Construction and continued by being appointed Vice President of Business Development in 2013. 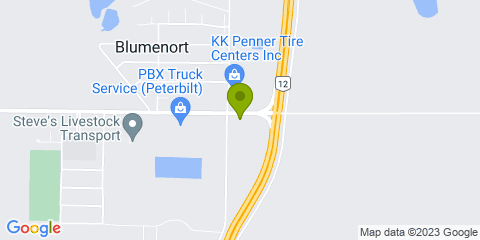 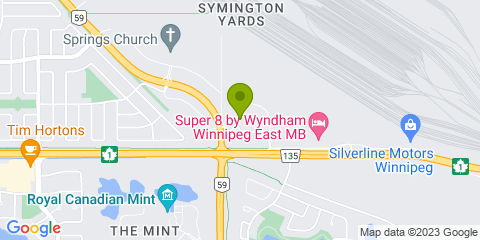